New Manchester United manager Jose Mourinho, who watched his team steer to an impressive 2-0 victory over Southampton FC at home yesterday, revealed today how he convinced star Belgian international Marouane Fellaini to shine since the beginning of this season and the first matches of the ex-Chelsea manager’s tenure at the Red Devils.

So far, under the ‘Special One’s ‘ leadership, Manchester United have successfully held against both Southampton and Bournemouth. Fellaini, famed for his impressive skills and height, not to mention his distinctive golden Afro hairstyle had put in much effort in the central attack in both Premier League wins this past week alongside Ander Herrera and new £40 million signing Paul Pogba. The manager said a phone call he made to the Belgian helped bring about a ‘change in the relationship’ between him and Fellaini, he told Manchester United’s football news team. 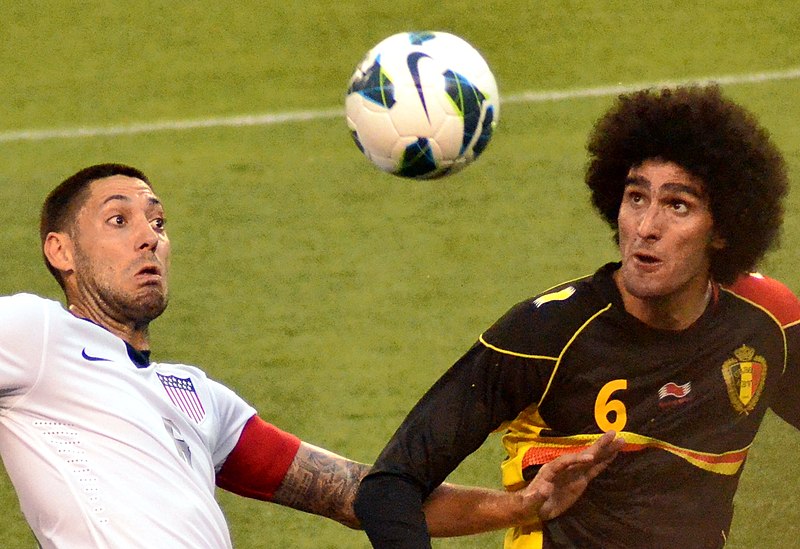 After the Red Devils’ fast-paced triumph yesterday evening, Mourinho was quick to praise Fellaini and revealed the phone call, made earlier this summer as Mourinho was easing into his new role and anxious to prove his worth in the eyes of his players.

“Fellaini is playing well,” Mourinho told reporters after the final whistle at Old Trafford. “It’s a complete change in the relationship and I am happy with the result. Maybe a simple phone call can make a difference to a player who was feeling he was not loved, to a player who when the [transfer] market opened everyone was saying he was leaving. Everyone was saying he wasn’t for me.

“Maybe a simple phone call then, after my presentation as Manchester United manager, changed a lot. I said to him, ‘Forget everything you read. With me you don’t leave, for sure’,” he continued.

Mourinho also had praises for the strong support of the team’s fans, who came out in force yesterday to see the Devils steam ahead with two impressive goals from the formidable Zlatan Ibrahimovic. He also further emphasised the improved relationships and strength of his squad.

“I am very happy,” he said. “The crowd was magnificent and they are creating a good relationship with the team, with the players. Even players who in previous years I could feel the relationship wasn’t the best.

“I’m happy with the result and the performance [against Southampton]. It’s difficult for us to be better in this moment. The opponents are good, they have good quality. You have to be mentally strong to cope with it but then we score goals and we are always in control.

“I think Pogba and Ibrahimovic were very, very good, but I could say the same about Mkhitaryan in the last 20 minutes when he showed his quality. What pleases me more is the others rising to a different level like Valencia and Blind, and I’ve already mentioned Marouane.”

Manchester will next face Hull City away at the KC Stadium on Saturday 27th August 2016 at 5.30pm.