Baltimore’s finest underground rapper Sullee J has just released his autobiographical album, entitled SOLO, that tells the story of his musical journey. The mixtape is guaranteed to be a treat for fans of the upcoming musician, it being packed full of phenomenal bars and wisdom for every listener, with a story behind every track.

To make the launch of SOLO, Sullee J has also released a special music video on YouTube, produced by BCHILL Music and directed by Michael ‘G-Nut’ Flores. It was filmed on the streets of Chicago and features contemporary footage of recent events since the shock election of Donald Trump as the American president this past 8th November, revealing the stark intimidation people face under a new order. Sullee J delivers hard-hitting poetic justice over a gentle Nineties beat, asking where do we all go? 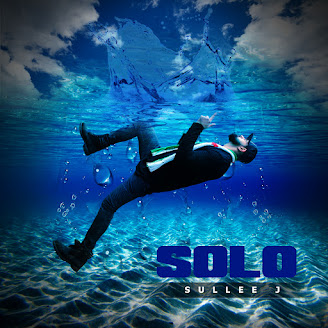 The artist was recently picked up by indie record label Bogish Brand Ent. owned by King Ca$his, who was himself previously signed as an artist to Shady Records. His latest single with his group TRIPL3 Threat was just released last week on iTunes, Apple Music & other locations, featuring Slaughterhouse’s Royce Da 5’9.

SOLO’s headliner track is available on YouTube and SoundCloud, and you can stream the full album at Sullee J’s Bandcamp page below.