A British man has probably set the world record for quickest time in flunking a driving test after failing it five seconds in, reported the Metro newspaper yesterday.

Craig Barraza, aged 33, originally from Portlethen in Aberdeenshire but now living in Norfolk, crashed out of his driving test after pulling out of the centre of the wrong side of the road, according to Metro. The hapless learner told the paper he had a ‘complete mind blank’ once he got behind the wheel and largely forgot everything the driving instructor had taught him over his lengthy and expensive preparation lessons. 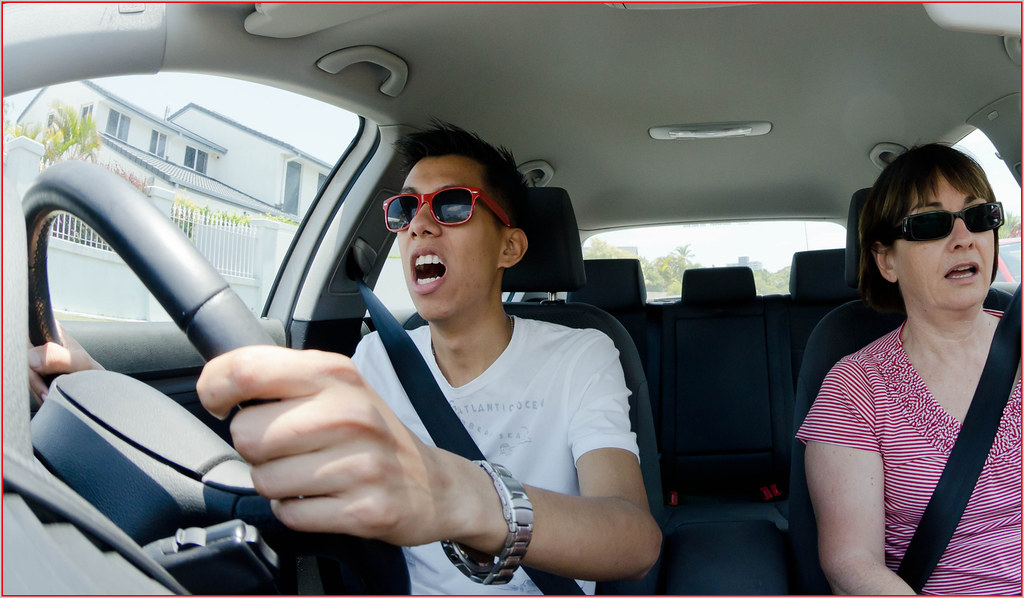 Barraza, who appeared for his exam at the King’s Lynn test centre, immediately pulled out and began driving down the wrong side of the road. Vehicles in the UK drive on the left. His error was so obvious that even the examiner who was in the front passenger seat with him at the time exclaimed “You do realise you’re on the wrong side of the road?”.

Despite immediately failing his test, Barraza still had to continue driving for another forty minutes, where it is alleged he actually drove so well that he would have passed had it not been for the ghastly error he made at first. The examiner, and Barraza’s driving instructor, Steve Fletcher, said that it was the worst blunder they had seen in 50 years of instruction.

Barraza, who is employed as an operative on a wind energy farm, is said to have spent £1,000 in total on forty lessons with Fletcher, as well as the multiple-choice question ‘theory test’ that all new British drivers are required to sit in addition to the practical.

He said: “I was only just leaving the centre to get out. We were literally just five seconds into it. I was approaching the junction to exit it and I had an absolute mind blank, questioning in my head: ‘What side of the road do we drive on?”

‘I had a 50/50 chance, and I chose to exit it in the right lane. Instant fail. Had I not been so stupid I’d have breezed through.’

‘My examiner with 20 years experience, and my instructor with 30 years both said they have never witnessed anything like it in their careers. I hadn’t even left the test centre car park.”

He added: “I’ve avoided driving because when I was 17 I stalled at a roundabout which just completely put me off. But I was more confident now.

‘I think it’s when you get older you get a bit wiser but that’s rich coming from me after failing like that. I’ve lived in the UK my whole life so there’s no excuse for not driving on the left.

‘Honestly, who fails a test quicker than that? I didn’t even get to the junction.”

Despite his huge messup, Barraza has received supportive messages from his friends after posting about the calamity on social media, however it is not mentioned if he will retake his test.

4 thoughts on “NO LICENCE FOR YOU: Man fails driving test five seconds in”