A police force in Scotland have been condemned for excessive force after officers handcuffed a schoolboy with autism after he got into a fight with his brother in class, The Mirror newspaper reports.

Twelve-year-old Colin Gow, who attends Lanark Grammar school in Lanark, got into a dispute with his older brother Keiran, aged 13 and also autistic. He allegedly hurled a plastic bottle at his brother which set off the fight, and was then subsequently handcuffed by police. Colin was said to have been left ‘distressed and sobbing’ after the incident, which took place at a special Additional Support Needs class. 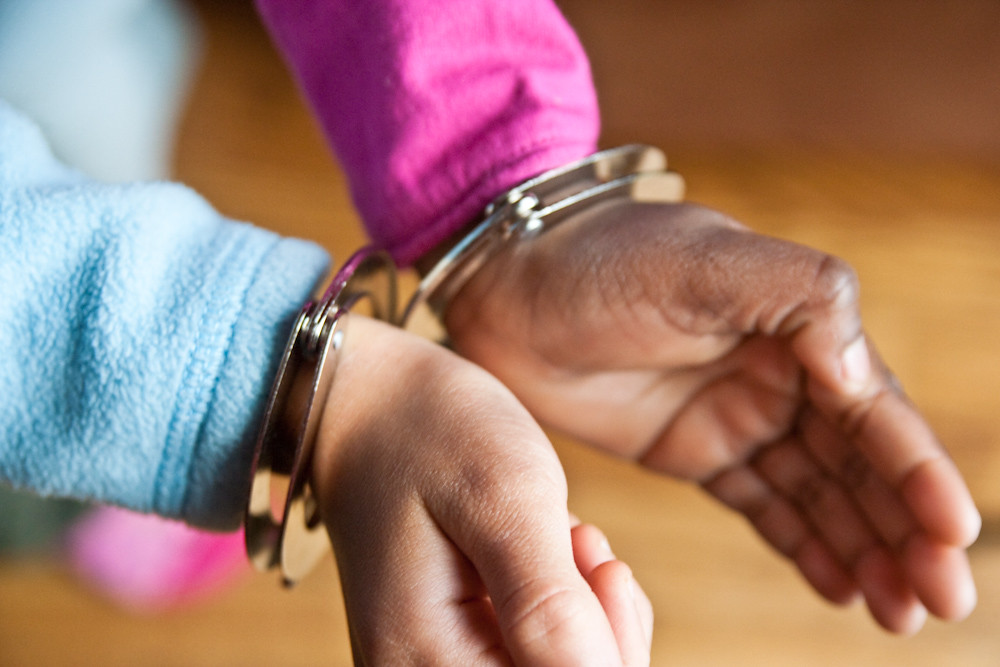 Colin and Keiran’s father, Colin Gow Senior, told the Mirror: “It broke my heart to see my son in handcuffs.

“It wasn’t the way to deal with this incident.”

“The first thing I did was ask the officer to take the handcuffs off – he was clearly very distressed – and I put my arms round him to comfort him,” he said.

Lanarkshire authorities said that Colin had to be handcuffed for his own and others’ safety, but the boy’s parents have demanded an urgent review of how the incident was handled by police and the school. The incident took place just before the end of the school day on February 2nd, and a pair of officers were called to Lanark Grammar, where they handcuffed Colin, who also has spina bifida and is only 5’1″ tall. As a result, Colin’s parents now say he has developed a phobia of the police. The child also had to be taken for treatment at Wishaw General Hospital in Wishaw, north Lanarkshire county, the Mirror states.

Police and education chiefs at South Lanarkshire Council insist Colin had to be restrained to keep everyone “safe from physical harm”. Police representatives also claimed that Colin’s special education needs and his conditions were not made apparent to them at the time.

According to the Daily Record newspaper, Colin started attending Lanark Grammar, which was founded in 1183 and is one of Scotland’s oldest secondary schools (for pupils aged 11-16), after he was expelled from his previous school for allegedly punching a teacher. Lanark Grammar has a specialist unit for children with ‘Additional Support Needs’, including those with autism and dyslexia. During the day, Colin attends the unit and mixes with the non-unit students during morning assemblies, break times and lunch hours.

Despite the school’s specialism, Colin’s parents expressed concerns about the way his condition is being handled. His mother, Sharon, said that she was informed that they as parents would not have to do anything as the school’s dedicated staff would handle any issues that arose. They were at first optimistic that Colin would thrive at Lanark Grammar, but Sharon told the Mirror that Colin was not getting the support he badly needed.

South Lanarkshire Council’s head of education Carole McKenzie confirmed the police were called into the school as a result of “concerns for the pupil’s safety”.

She said the boy was attempting to leave school grounds without permission, which his parents deny.

She said: “In order to protect the boy involved, staff and officers, handcuffs were deployed in an effort to keep all parties safe from harm.

“Officers remained with the boy until he was left in the care of a relative.

“Police Scotland has been engaging with the family. No complaint has been received at this time.”

One thought on “AUTISTIC BOY HANDCUFFED: Police restrain 12-year-old after fight with own brother”