From the earliest days of human civilisation, people have dreamt of taking to the skies. Our ancestors watched birds, insects and bats dominate the world above us, and imagined that one day, they too could travel above the ground and above the clouds.

The desire for flight was a dream of many ancient peoples. The Hindu epics of ancient India, particularly the Vedas, mentioned flying machines known as vimanas, airborne chariots of the gods. The Greek legend of Daedalus and Icarus, prisoners of the island of Crete who made a bid for freedom with wings made from eagle feathers and wax, only for Icarus to fly too close to the sun, melting his wings and falling to his demise. The Saqqara bird, a bird-shaped model made from sycamore wood, dating from 200 BC and found in the tomb of the ancient Egyptian Pa-di-Imen in 1898, is in the shape of a falcon, but with wings uncannily similar to that of a modern glider aircraft.

However it was not until the technological awakening that accompanied the Industrial Revolution of the 19th century did flight by humans become more than just the stuffs of whimsical legends. At the turn of the 20th century, the skies above Europe and North America were dominated by the dirigible, also known as the airship or Zeppelin. These huge balloons, filled with hundreds of tonnes of hydrogen, became the first commercial success of the new aviation industry, ferrying both passengers and cargo across the world. The airship was prominent enough by the 1910s, that during the First World War, the Germans fitted out fleets of Zeppelins with bombs for attacks on cities in the U.K. 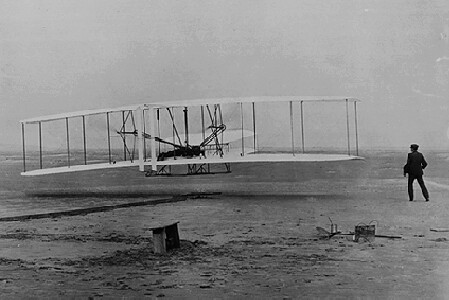 Sadly the popularity of airships as passenger transportation came to a sudden end with the Hindenburg disaster of 1937, when the passenger airship LZ 129 Hindenburg, which was on a Transatlantic route from Frankfurt, Germany, to New Jersey, USA, crashed as it moored at the Lakehurst Air Naval Station. The Hindenburg burst into flames and was burnt to a shell, killing 36 people. The ill-fated aircraft, which had previously undertaken several journeys across both Atlantic Oceans, was carrying 36 passengers and 61 crew. For a long time, this was the worst air disaster in history.

As the use of airships declined, a new beast was taking to the skies. The first manned flight was the simple wooden biplane flown by the American Wright brothers in 1903. The brothers, Orville and Wilbur, first began experimenting with gliders at their bicycle shop in Dayton, Ohio in 1896, and by 1902, had made more than 700 successful flights with their homemade glider, using the gentle winds at a beach in Kitty Hawk. On December the 17th, 1903, Orville Wright sat in the cockpit of his biplane in North Carolina, about to make aviation history. Though the flight was small in both elevation and duration, with the pilot travelling for 12 seconds at 20 feet height for a distance of 120 feet, an important milestone in human flight was marked for ever more.

Eleven years later, the first ‘airliner’ appeared. The Sikorsky Ilya Muromets, which was a large model of biplane built by Russians, made its maiden flight on December 10, 1913. Historians largely consider the Sikorsky the first definitive passenger plane, as it has a separate cabin for travellers, with on board facilities such as toilets, bedrooms, and even a set of wicker chairs. It was frequented by the wealthy elite of pre-Soviet Russia but its time was cut short by the outbreak of the First World War, otherwise Russia would have probably become a world leader in intercontinental aviation.

The United States, now a dominant force in commercial aviation in terms of plane manufacturing, quickly picked up where the Russians left off. The first U.S. commercial plane was a Curtiss JN 4, operated by the Elliott Air Service, which was used as a touring plane as well as for training.

Commercial flights for tourists began to appear by the 1930s, with the establishment of national airlines with their own fleets of branded planes, as well as the first full-scale construction of airports for handling holidaymakers and their cargoes. Flights at that time though were incredibly expensive, with only the very rich being able to afford the fares. A transatlantic flight from London to New York costed in the region of £300,000. Nevertheless, new airlines began to spring up, such as Imperial Airways (the forerunner to current flag bearer British Airways) in the U.K., Lufthansa (which still operates) in Germany, KLM in the Netherlands, and America’s United Airlines. Planes moved into having multiple engines which allowed for larger craft carrying more passengers.

By the end of the 1940s, the first true jet, the de Havilland Comet (DH 106 Comet) was developed and flown here in the U.K. in Hertfordshire. Debuting in 1952, the early jet became renowned for its comfortable and quiet passenger cabins, however its success was impeded by numerous faults, flight problems and Comets falling apart during test flights. The Comet was however the first multi-passenger aircraft bearing a strong resemblance to today’s planes, with a separate cockpit, galley, washroom facilities and seats separated by a central aisle for passengers and crew to walk down.

The Fifties and Sixties saw not only the consolidation of the modern airline industry as we know it, but also the appearance of the first ‘package holidays’ offering people on more modest incomes to travel to holidays, opening their world to a luxury previously only afforded to aristocrats and flight engineers. In the U.K. tour operators started offering cheap breaks to places like Spain and Italy.

The Seventies saw the dawn of the aircraft we know and love today, the Boeings and Airbuses. The Boeing company, with roots dating back to the wooden biplane era of the 1910s, began constructing airliners in 1958, with its first model christened the 707. In service until 1979, the Boeing 707 could carry up to 219 passengers. It beacme a hit commercially and dominated the nascent air travel industry, ushering in the ‘Jet Age’.

Planes began to get a lot more interesting when Concorde landed in March 1969. The Anglo-French creation was the world’s first supersonic jet, with a maximum speed over twice the speed of sound at Mach 2.04 (1,354 mph or 2,180 km/h at cruise altitude), with seating for 92 to 128 passengers. Frequented by British Airways and Air France, who were the sole permitted users, Concorde, with its distinctive pointy nose and highly aerodynamic wings, could reach the US in half the time of a competitor airliner, and it became a by-word for airborne luxury. The plane last flew in 2003. 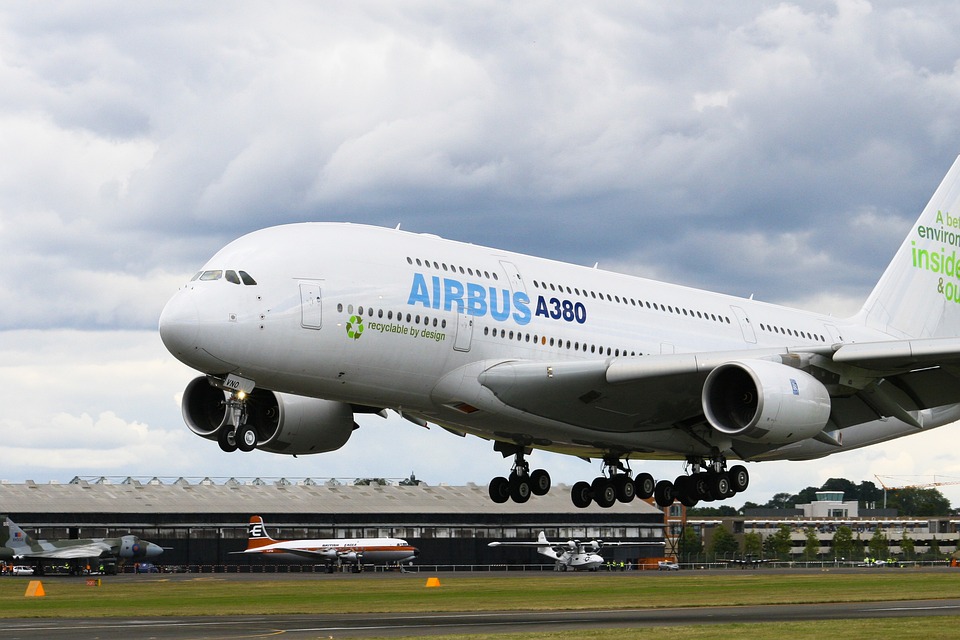 Nowadays most commercial jets are from the Boeing hangar, comprising 777s, 727s and 767s. The European consortium Airbus has recently challenged Boeing’s supremacy, and is also the company that has heralded what could be the biggest change to the jet industry since the Jet Age began.

Airbus is the firm behind the A380, which is quite unique among modern plane in that it has two floors, a double-decker structure, similar to buses like London’s Routemasters. The A380 was born from top-secret plans first begun in the 1980s for a future series of ultra-high-capacity airliners (UHCA). At a cost of €8.8 billion, the first delivery of a live A380 took place in 2007, with Singapore Airlines the buyer, and the 200th was sold in 2016. Most of the main parts of the aircraft’s fuselage and operational elements are constructed in four countries (France, Germany, Spain, and the United Kingdom) and many of these parts are so large that special transportation equipment had to built to carry them to various plants.

The A380, which resembles a chubbier version of a normal Airbus jet, can carry up to 888 passengers and can fly from Hong Kong to New York non-stop. The wings alone are an impressive feat of engineering, with 32,000 major parts, 750,000 rivets, 23 miles of wiring and, when assembled, a pair will have a span wider than a football pitch. Each plane costs USD $436.9 million (£359 million). It is much quieter inside than other commercial airliners, with fifty per cent less cabin noise, and has fifty per cent more space and legroom too. This fits up to 10 seats across in economy class. The two levels of the A380 are connected by wide stairways. Many are said to be equipped with bars, restaurants and duty-free shops. Planes owned by Emirates airlines come with showers and Qantas A380s are equipped with relaxing bar lounges. The plane’s wide aisles and plentiful space make it much easier for passengers to mingle and socialise, with 220 or so windows, providing a lot of natural light in the plane. It is also the greener alternative with the lowest cost per seat and the lowest emissions per passenger of any large aircraft. The planes also spend less time occupying runways in comparison to older models.

The A380 and its descendants could well be the future of air travel, drastically opening up international journeys to a wider audience and making an already small world seem even smaller.