Our planet is home to around 35,000-50,000 species of spider (the estimates vary), the vast majority of which spin webs made out of silk generated inside the spider’s body. As any arachnid expert will tell you, spiders weave their silky masterpieces primarily as a means of obtaining food. With strands stronger than the equivalent thickness of steel, spider webs are covered with sticky substances that ensnare their prey, trapping flies and even birds and snakes, ready for the web’s resident to deliver its venomous coup de grâce.

When an insect flying about and minding its own business collides with a web, which is often designed to be invisible until it is too late, the impact creates vibrations that alert the spider. Spiders have extra sensitive hairs on their legs, which are attuned to pick up the slightest movement coming from the web’s fabric.

However, arachnologists have not yet figured out how exactly the spider interprets the movement signals when its equivalent of a pizza delivery happens. In 2016, a team of scientists from the American state of Oregon decided to try and solve this puzzle by creating a web of their own.

Using nylon from parachutes, the team built a web that replicated a traditional ‘spoke’ layout, popularly associated with spiders. The strands of yarn were arranged radially and were held taut by a specially constructed machine with an aluminium frame, alongside an attachment resembling a spider placed centrally, as can be seen with garden spiders and orb weavers. 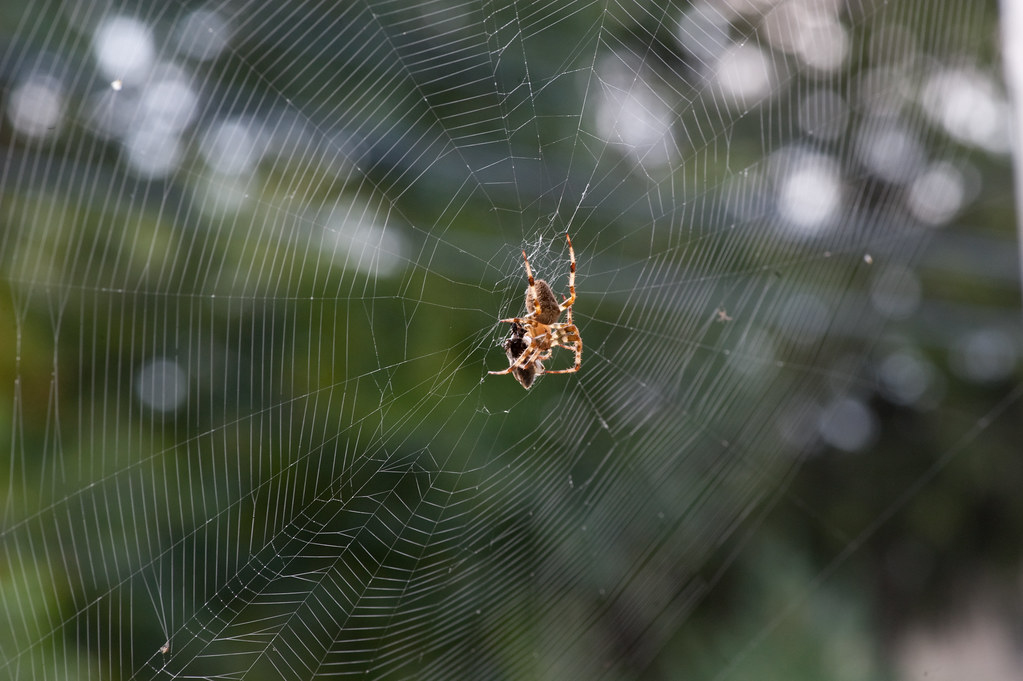 The vibrations caused by insects were reproduced with the help of a subwoofer-type speaker, and the spiral of the web was emulated with elastic cords. Ross Hatton, a member of the research team at Oregon State University, told GrandesMedios.com, the source of this story, of how realistic they made the web experiment, explaining that they used two different types of nylon rope, just as spiders use two different types of silk.

The artificial spider in the middle was calibrated to pick up vibrations from the speaker, even the slightest ones. As Hatton explained: “We started with the hypothesis that if you moved one of the radial lines slightly, the arachnid perceived that one moved more than the others,

“We also speculated, that the spider would go towards the line that undergoes a variation in its movement”

In other words, Hatton and his team expected the spider in real life to gravitate towards the line of silk from which the most movement was travelling from. However the result of the experiment was quite different from the team’s original hypothesis.

Far from being a simple case of only a single strand of the web notifying that it caught dinner, the team discovered that the cobweb gave off a complex pattern of vibrations, with some sections of the web being more sensitive than others. According to Hatton, at different frequencies of sound from the speaker, different web strands and layouts did not vibrate at all. Different parts and strands of the web vibrated only at certain frequencies and remained unresponsive at others.

These different frequencies of vibration are believed to help the spider identify what type of prey had crashed into its web, and perhaps also help it distinguish between live prey and inedible objects such as leaf fragments and debris. The study, which redrew the way people thought about how arachnids predate, was presented at the American Physical Society conference recently.