This week, a devastating fire tore through the Grenfell Tower, a residential block located in Kensington, London, causing major loss of life and homelessness in the early hours of June 14, 2017. A fire believed to have originated from an exploding fridge in a fourth-floor flat then spread rapidly through the 1970s tenement, housing mainly poorer Londoners. Aluminium cladding fixed to the outside of Grenfell Tower, which sits on the Lancaster West housing estate, and which was intended to smarten the structure’s appearance, may have contributed to the rapid spread of the fire, trapping families and others behind thick smoke and burning debris. 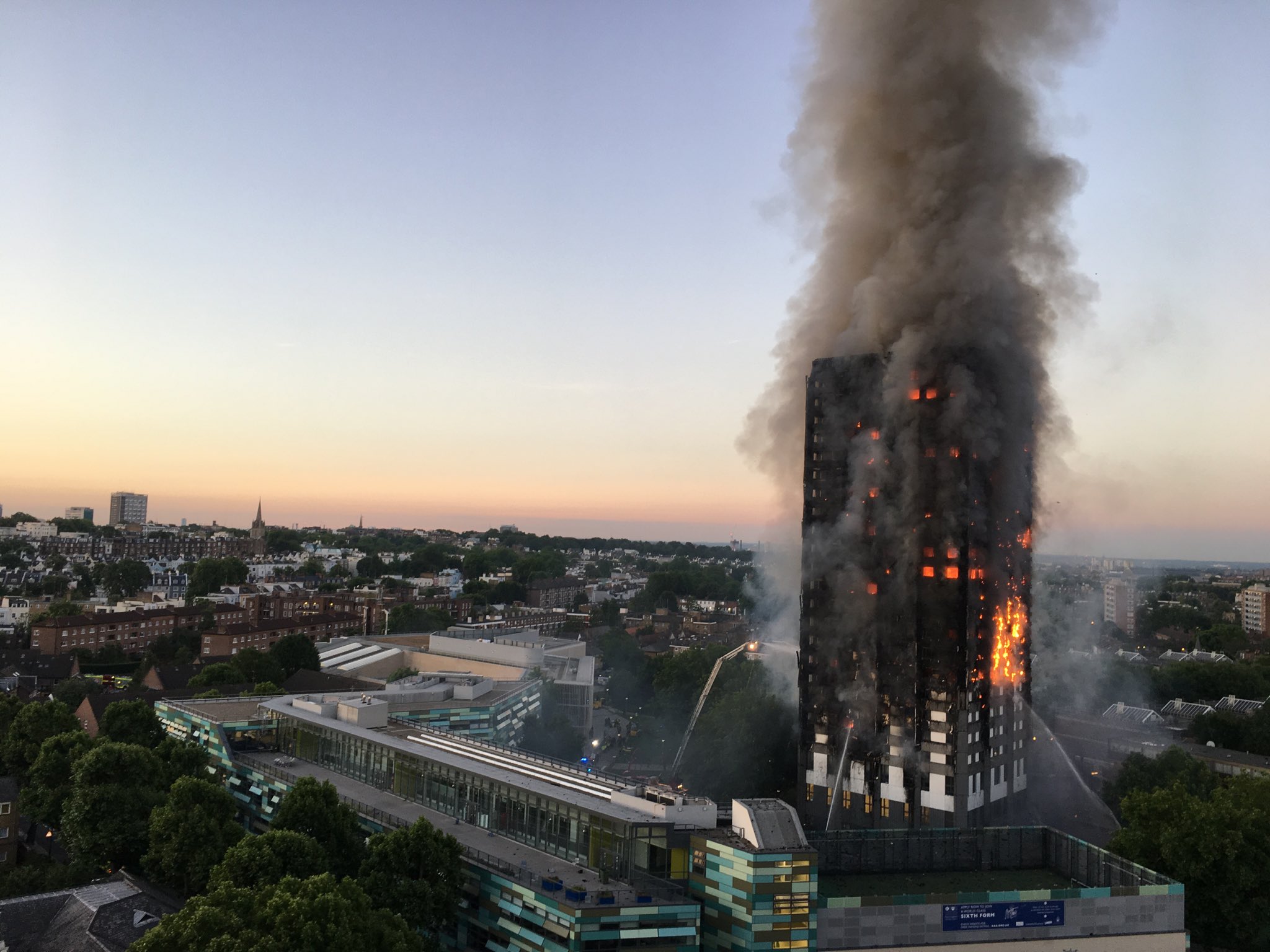 According to the latest reports coming off of Twitter, London’s police authority, the Metropolitan Police service, believe that 58 Grenfell Tower residents are still missing, presumed deceased. The police force’s commander, Stuart Cundy, announced the figures via the social media website in the past hour. So far around 30 people are known to have died, but Cundy has warned that the figure is expected to rise, as firefighters comb through the gutted tower block.

Searches for the missing and dead were taking place yesterday, but were halted temporarily for safety reasons, but are resuming today. The Met have also promised families of the missing that “…. as soon as we can, we will locate and recover their loved ones”, according to tweeter Molly Hunter.

The government of British prime minister Theresa May has found itself under increasing pressure over its regulations governing safety provisions for the country’s, 4,000 or so tower blocks. Protests have taken place in Kensington itself and in central London demanding answers and justice for the victims.