Seattle – VIJAY SHAH via ANDREW GRIFFIN and The Independent

Notorious alternative news writer and conspiracy theorist Alex Jones, founder of the Infowars website, was assailed by an objector who threw a cup of boiling hot coffee in his face while filming a video in the streets of Seattle, the British newspaper The Independent reported recently.

Jones, a far-right leaning journalist and a firm supporter of U.S. president Donald Trump was recording a video concerning the recent terror atrocity in Barcelona, when the passer-by objected to him and hurled the drink at him, while challenging him to a fight, the Independent reports. 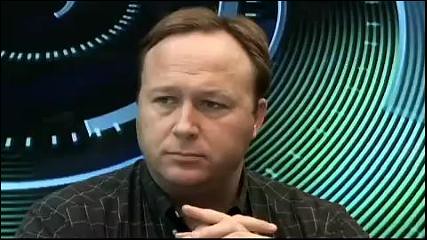 As Jones began shooting, one man makes an obscene gesture at him. Jones then follows the man down the street, berating him for being non-intellectual, and labelling him a “dumbass and a coward”. The two parties also trade obscenities and insults as Jones blocks the man’s path and challenges him. At this point, another man shouts out to the Infowars founder that he is ‘trash’. This angered Jones, who then challenges the passer-by to repeat what he said and tell him “intellectually who you are”.

Jones furthers insults the man, calling him a “literal slave of the system” as they square off. The man who is seen carrying a full cup of coffee, then proceeds to remove the lid, before flinging its contents into Jones’ face, and then carries on his journey. At this point Jones speaks directly to camera, saying he was’ proud’ that the incident happened and that the assailant was in league with jihadists. The video was later uploaded to the conspiracy theorist’s personal YouTube channel.

A radio host and filmmaker, Jones who has been widely criticised for his far-right, anti-government and racist views. He recently claimed the white supremacists behind the Charlottesville rally were ‘Jewish actors’. In the past, he suggested the Sandy Hook school massacre was staged, that the 1995 Oklahoma City FBI bombing was set up up by the US federal government, and that a yogurt factory in Idaho state which employed refugees was behind a sexual assault and a rise in tuberculosis infections. In the last U.S. presidential election, Alex Jones came out heavily in favour of Trump, who was said to have personally thanked Jones after his victory in the polls.

He owns two conspiracy theory sites, Infowars and Prison Planet. Infowars, which claims to be the home of the number one Internet news show globally, has been slated for promulgating ‘fake news’.