If you are a regular on the social media scene or frequent forums for subjects such as video games and politics, you may have already encountered a particularly troublesome type of internet user. They like to speak in CAPITAL LETTERS, throw around %^&£” insults and generally behave a nuisance and rile everyone else up. Having a mature, informed and adult conversation with these users is wishful thinking. Make way for the troll. Named for the grotesque monsters living under bridges in Three Billy Goats Gruff and other fairy tales of olde, the internet troll is not likely to eat you but will definitely chew up your self-confidence and online experience if they decide you are next on the menu. 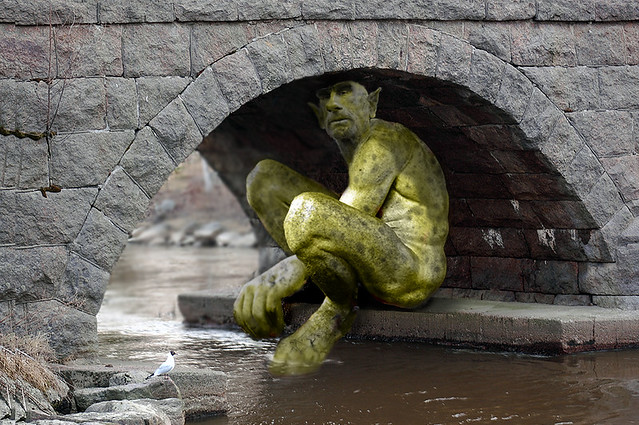 In recent years, the act of trolling has become more noticed in the news headlines as social media becomes entrenched in our daily lives. A quick perusal of the comments under any popular YouTube video, for example, will expose you to more swear words and put-downs than any dictionary could ever teach. Filled with verbal bile and hiding behind a (nearly) anonymous screen, internet trolls have become more and more brazen, even targeting famous celebrities, politicians and others in the public eye with vitriol, degrading words and even death threats. Many trolls engage in cyber bullying, usually targeted against the young, which can be just as vicious as bullying in Real Life, but with the more damaging impact that the hurtful words and memes can spread far beyond school or college gates and appear in front of millions of eyes globally.

As the world increasingly is more connected online, trolls have emerged from the darkness in greater numbers, and policymakers are now beginning to sit up and take notice of the problems they cause. In the U.K. several trolls have already fallen foul of the law after engaging in malicious online communications with people they did not like the look of. Legal guidelines have been contemplated that will make extreme trolling punishable by up to two years imprisonment.

Informational website Basic Infos has studied the phenomenon of the internet troll with an almost scientific approach, dividing them into ‘species’ based on their activities. Below are the different types of troll that you need to steer clear of when on the web.

Grammar Corrector Troll: The online grammar Nazi, these trolls are relatively harmless, but can be infuriatingly pedantic. They will call you out on typos in your comments. Some may actually be angels in disguise, simply helping you to improve your spelling, punctuation or factual knowledge, and mean no ill will. The more hellbent ones of this species however, will mock you and often question your intelligence or education, especially in debates or discussions of controversial topics. However even spelling bee champions can fall foul of autocorrect, so the grammar corrector troll may turn out to be a hypocrite.

Headline Reading Troll: These trolls frequent news sites. They generally have low attention spans and will spend more time writing an acerbic comment that actually reading the article they are commenting on. As they have only read as far as the headline, they will start typing up controversy and saying things without knowing the full story. For example, trolls who insult all British Pakistanis based on an article about child sexual attacks where the perpetrator was non-Asian.

Meme Master Troll: This variety tends to be more creative, and employ the viral nature of memes to push forth their twisted opinions. Some of this species who possess a slightly higher IQ and some dexterity will even cook up their own derisory memes. They let these memes do the talking for them and are literal believers in the expression ‘a picture tells a thousand insults’. While offensive at times, some meme masters can be quite hilarious and they have the advantage of adding a bit of pictorial spice to otherwise serious debates.

ITK Troll: To give it its full scientific name, the ‘I Too Know’ troll is smarter than other species, with sometimes encyclopaedic knowledge, or as the Americans say, a ‘smartass’. Unlike other semi-intellectuals however, the ITK troll uses their advanced knowledge of politics, culture, sports or cat pictures to harass and put down other users, especially those considered newbies. These trolls are the online equivalent of that smug smart guy at work or the pub who is a know-it-all and is not afraid to let everyone know it.

Clap Back Troll: These trolls will appear if you make a comment that is the perfect answer or adds weight to a conversation. They will sarcastically agree with you or put you down. The rarest of the species of troll.

Certified Abuser Troll: This species is further subdivided into two sub-species. One of which is in a position of power, i.e. an admin for a Facebook page, but uses their place of authority to pee off other commentators and pick on others while they get high off their clearly abused power. The other breed consists of individuals who will go to extreme lengths to dig up your external links, profiles or older comments and use them to publicly humiliate, attack or counter-argue you with. Basically being beaten with your own e-shoes. 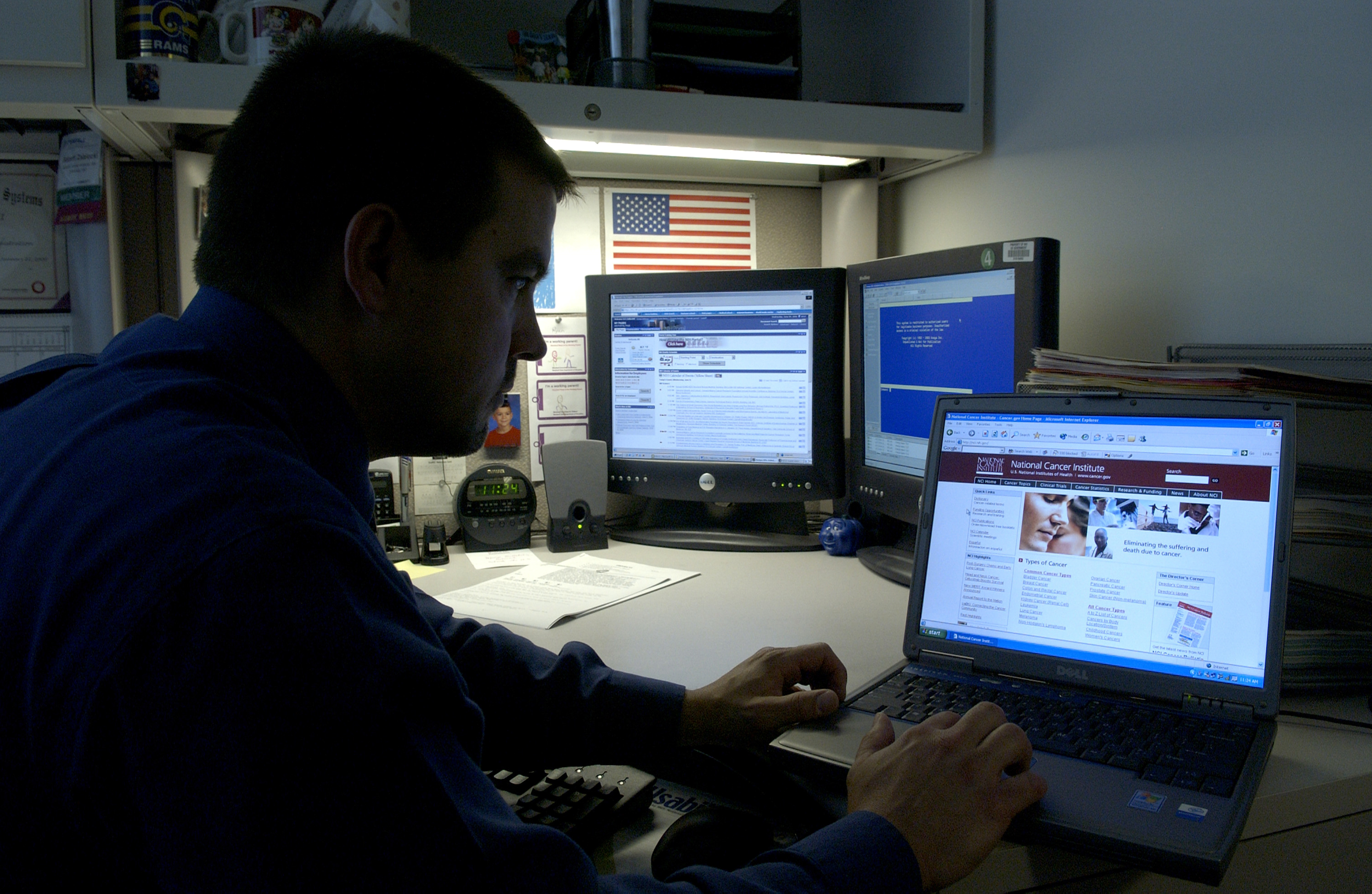 Everywhere Troll: Like their microscopic cousin, the dust mite, the everywhere troll is found literally, everywhere.They comment so frequently that they almost become minor celebrities in their little online worlds. Trolling is a full-time career for them, and their experience makes them one of the most dangerous species of troll. The everywhere troll can often be found doing their 9-5 across a range of social media. Despite their dedication to their hobby, most everywhere trolls are unemployed or unemployable, which gives them plenty of free time to go cause some trouble.

Researcher Troll: Another of the more intellectual groupings of troll, the researcher is a whizz at Google, Bing and company. They will claim your comment is wrong, inaccurate or downright stupid and will trawl the web, returning within a few minutes or hours with a link or image aiming to disprove you. Like the Grammar Corrector troll, this species can be beneficial and can teach you a few things but the more malicious specimens will use their new-found facts to crap all over you in front of other participants. Like the ITK troll, the researchers tend to be more intelligent than the average troll, but still an annoyance.

Capital Letter-Loving Troll: LIKES TO TALK LIKE THIS. They may be a victim of a broken Caps Lock key, but more likely, this heavily opinionated variant feels the need to SHOUT their comment or opinion so everyone can feed their insatiable need to be NOTICED. Tend to be quite argumentative and thinks they know everything. Keep calm and ignore. My own addition to this list.

Cyberbully: My second addition to this list, the cyberbully is the breed that would be on the Dangerous Dogs List if you could keep trolls as pets. By far the most pathetic, lowdown and twisted of the various troll species, the cyberbully’s activities make the deeds of all other trolls pale into insignificance in comparison. This troll, sadly a common species, will insult you, demean you, degrade you into the ground and even leave their laptop and make a physical appearance if pushed far enough. These trolls are the ones who are headline gold for news editors. These pointless individuals have caused the most damage to the web experience. Unlike most trolls, which you can safely ignore, the cyberbully needs to be fumigated with a phone call to your local police service or cyberbullying hotline.

Remember folks, trolls are energised by the oxygen of publicity, and if you don’t feed the troll, it will go find some other bridge to play under. Most trolls just want an audience and to provoke a response from you, and most will eventually get the chop once the website owner closes their account or permabans their sorry behinds. If the troll takes it too far, you have witnesses and proof to report them. Don’t get trolled, Rick roll them back. The report link is your best friend. When encountering whichever species of troll behaving badly, the best thing is to ignore them, as it is the perfect troll repellent.