London – VIJAY SHAH via JEFF FARRELL and The Independent

As the United Kingdom heads for its possible withdrawal from the European Union in two years’ time, supporters of EU withdrawal, informally known as Brexiteers, have hit out at a pro-EU campaign group who distributed EU flags to visitors at a music festival, The Independent reports.

The campaign group, EU Flag Proms Team, a previously unknown collective which favours UK remaining part of the European Union, had planned to distribute EU flags and banners outside the Royal Albert Hall in London, which plays host to a televised classical music festival, the Proms, which is specially promoted by the national public service broadcaster BBC. 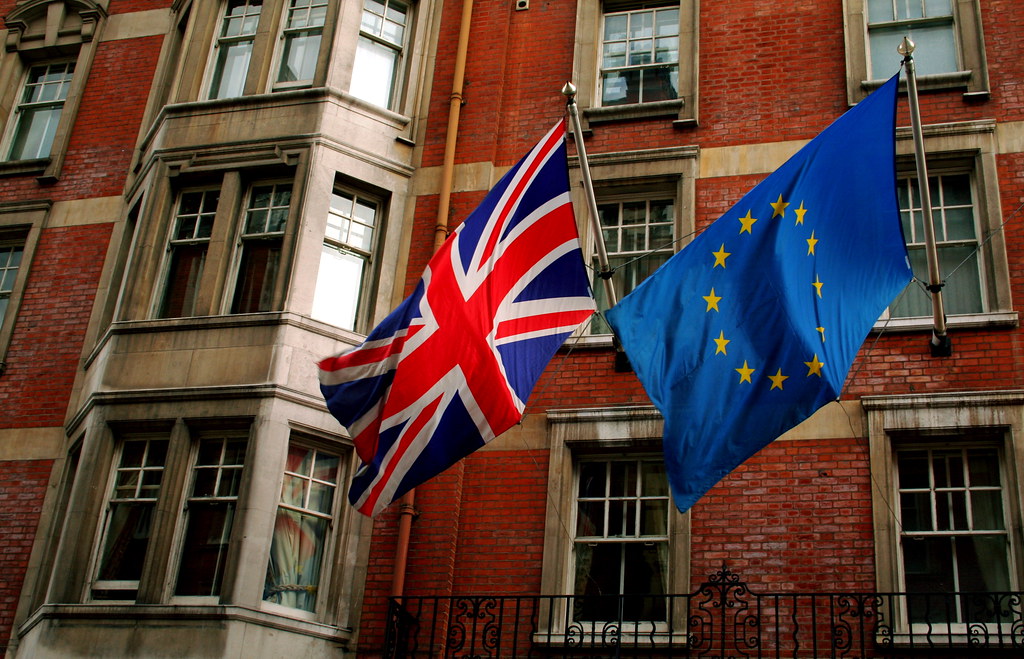 During the final day of the festival, known as the Last Night, EU Flag Proms team members planned to give out the 10,000 blue and yellow flags free to concertgoers to support EU closeness, while wearing t-shirts with the slogan “thank EU for the music EU”. EU Flag Proms explained the unusual stunt was to highlight how “music is a universal language” that transcends borders.

It is a tradition among audiences at the Proms to wave national flags when national anthems are played, so for example the Union Flag (Union Jack) is waved when the song “Rule Britannia” is performed. As many classical composers featured at the Proms are from mainland Europe, it was hoped that the Proms’ visitors would be more supportive of Europe as a whole. The BBC’s own symphony orchestra featured music by the late composers Jean Sibelius and Richard Wagner, from Finland and Germany respectively.

A spokesman for EU Flags Proms Team told The Telegraph paper: “During the Age of Enlightenment Mozart, Handel and Bach all lived and worked for part of their lives in London.

“Presumably under the Brexit dark ages, they would not be welcome. What an appalling backward step for our country.

“We hope that the EU flags will remind the audience, the musicians and those watching from all over the world that music is a universal language that unites people, breaking down barriers and promoting communication, understanding, and peace.”

Leading supporters of Brexit, however have condemned EU Flag Proms, claiming that music can also be a signifier of national identity. Vociferous and controversial Brexit supporter, Nigel Farage, former leader of the right-wing nationalist UKIP (United Kingdom Independence Party), said to the Independent that he hoped Brexiteers would stage a similar counter-campaign distributing UK flags to Proms visitors. He said, referring to EU Flag Proms explanation for their campaign: “As for this airy fairy ‘music crosses all borders’ nonsense, music is also an important part of national symbolism in every part of the world.”

Farage said he planned to contact a former UKIP donor, Aaron Banks to possibly bankroll the counter-campaign, but due to the donor being abroad, the UKIP Union Flag giveaway did not take place for the Proms this year.

EU Flags Proms Team last year staged a similar Brexit protest outside the Royal Albert Hall, and handed out 2,500 EU flags to members of the public who turned up for Last Night of the Proms 2016.

British politicians are currently in negotiations with the European Union over the terms of withdrawal from the Union, which the UK was one of the first members of since it joined in 1973. The UK Brexit negotiation team has been slammed at home for heading into the talks unprepared and the EU has also been criticised for demanding a £50 billion ‘divorce settlement’ from the UK, for various projects and commitments made during the UK’s membership of the union. The United Kingdom plans to withdraw completely in 2019 after the two-year notice period after it triggered the Article 50 clause this year. There have been calls for a second referendum, either on the terms of Brexit or the withdrawal itself.

“Brexiteers furious over thousands of EU flags handed out at Last Night of the Proms” – Jeff Farrell, The Telegraph (9 September 2017) http://www.independent.co.uk/news/uk/home-news/eu-flags-brexit-last-night-proms-bbc-royal-albert-hall-london-a7938206.html