The British prime minister Theresa May has been urged to explain her government’s decision to provisionally award the printing of the UK’s post-Brexit passports to a French firm, reported AOL via news agency Press Association.

The UK plans to change the colour of its passport to dark blue from the current maroon once it leaves the European Union (EU) next year. Supporters of the withdrawal, dubbed ‘Brexit’ have called for a new passport design that reflects ‘Britishness’, but have been angered by the Government’s choice of awarding the tender for the new travel documents to the French-Dutch security printers Gemalto, rather than continuing their current contract with Basingstoke-based company De La Rue. Gemalto offered the cheapest price for the tender, which will only involve producing the blank passport books and biometric chips. 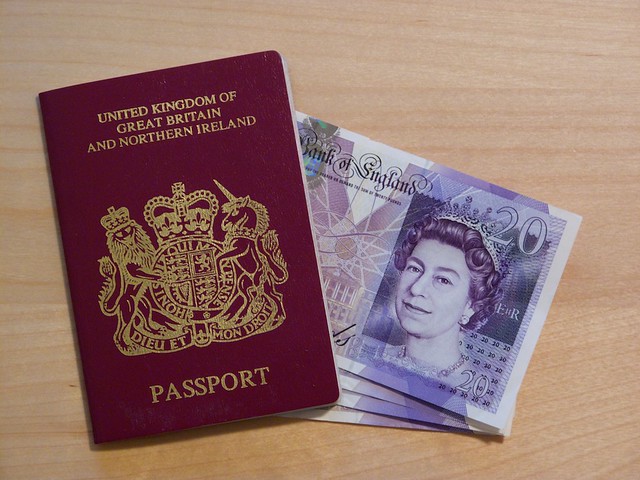 The CEO of De La Rue had earlier this week expressed scorn at the tender award, saying the PM should explain herself in person to the printery’s workers in the north-east of England. Martin Sutherland said that it was “disappointing and surprising” that the blue passport so championed heavily by Leave supporters as an ‘icon of British identity’ would be printed outside the country, in France.

Home Office ministers however said that the tendering process has not been finalised and that De La Rue would have the right to appeal the interim decision to award passport manufacturing to Gemalto.

Mr Sutherland said: “I think we have heard over the last few weeks and months ministers more than happy to come on the media and talk about the blue passports and the fact that the blue passport is an icon of British identity.

“Now this icon of British identity is going to be manufactured in France.”

Sutherland said his firm had been producing passports for the UK for the last ten years “without a single hiccup” but had been “undercut on price” and would appeal against the decision.

Referring to the factory employees of De La Rue’s printing unit in Gateshead, he said: “I’m going to have to go and face those workers, look at them in the whites of the eyes and try and explain to them why the British government thinks it’s a sensible decision to buy French passports not British passports.”

He added: “I would actually like to invite Theresa May or Amber Rudd (the British home secretary) to come to my factory and explain to my dedicated workforce why they think this is a sensible decision to offshore the manufacture of a British icon.”

Mr Sutherland said that his firm was “not allowed to compete for the French passport contract”.

Sir Bill said: “I think it is incongruous to say the least. It is completely unnecessary and it is symbolically completely wrong.

“Whatever the conditions which led to the decision in terms of pricing, the fact is that this is a symbolic event.”

Former cabinet minister Priti Patel told The Sun, a UK tabloid newspaper: “This should be a moment that we should be celebrating. The return of our iconic blue passport will re-establish the British identity.

“But to be putting the job in the hands of the French is simply astonishing. It is a national humiliation.

“I would urge Amber Rudd and the Government to look again at the powers they have to see what they can do.”

A Home Office spokeswoman said: “We are running a fair and open competition to ensure that the new contract delivers a high quality and secure product and offers the best value for money for customers.

“All passports will continue to be personalised with the holder’s details in the United Kingdom, meaning that no personal data will leave the UK.

“We do not require passports to be manufactured in the UK. A proportion of blank passport books are currently manufactured overseas, and there are no security or operational reasons why this would not continue.”