If you are tired of the same old potato crisps, peanuts and trail mix for your snacking needs, and want to try something radically different, a supermarket in the UK has begun selling an ‘edible insects’ range, where you can now chow on crickets or graze on a grasshopper.

Sainsbury’s, a mid-market retail chain headquartered in London, will be selling various crunchy dried insects as snacks across 250 of its UK stores, retailing in small packs for £1.50 each, Sky News reported yesterday. The range, titled ‘Eat Grub’ – a play on the traditional Cockney dialect term for food, ‘grub’ – is made by an external supplier of roast insects of the same name who have approached the supermarket chain to promote their products. 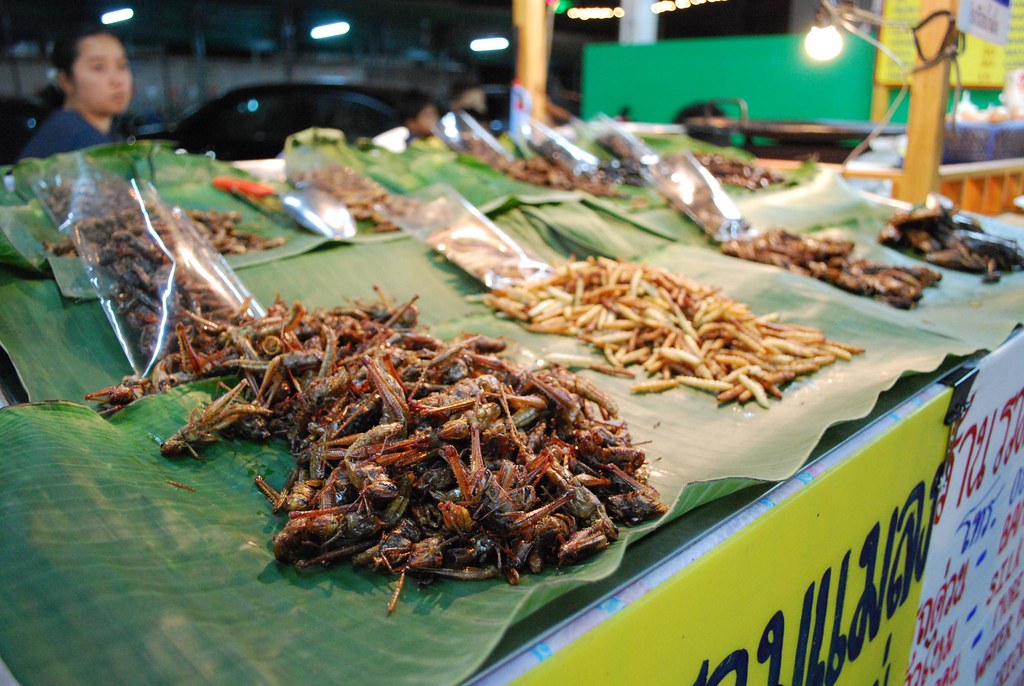 A highlight of the Eat Grub range includes BBQ-smoked crickets which taste-testers have described as being “crunchy in texture with a rich smoky flavour”. Sainsbury’s is not the first to sell the range of creepy-crawly nibbles though. Online upmarket supermarket Ocado, a division of Britain’s Waitrose and Partners retail firm, has been stocking Eat Grub for five months previously, to mixed perceptions among its shoppers.

One online reviewer wrote on Ocado’s site in reference to the BBQ crickets: “My hubby [husband]… said they didn’t taste at all of BBQ… [all] he could taste was fish sauce? Way too expensive as well.”

Another reviewer however was more upbeat about the snacks. They wrote: “Tried the final flavour in this selection from Eat Grub and LOVED this – much tastier than a bag of crisps without the calories. Couldnt (sic) stop eating them!”

Sainsbury’s advised consumers brave enough to try the edible insects and grubs to eat them straight out of the packet as a quick snack or use them in cooking as a garnish for tacos, noodles and salads.

Insects and arachnids are common as a cheap and protein-rich food source for non-vegetarians/vegans in many parts of the world. In Malawi, people armed with giant nets catch and eat mosquitoes, crickets are roasted as a snack in Thailand, fried scorpions are big business in China, and Cambodians will go to great lengths to lure a species of endemic burrowing tarantula out of their holes to fry them and even sell them to passing tourists.

In the UK and much of the Western world, the idea of eating insects and other arthropods is often met with revulsion, even though crustaceans and molluscs are widely consumed there. However with intensive farming practices of larger livestock such as cows and sheep being increasingly harmful for the environment and animal welfare, experts have encouraged consumers and retailers to look at more sustainable sources of nutrition, with insects being high on that list of new food outlets.

According to the Eat Grub company, founded in 2014 by Shami Radia and Neil Whippey to introduce more people in the West to insect foods, dried crickets contain more protein per gram than beef, chicken or pork – with 68g of protein per 100g, compared to 31g of protein in beef.

“We’re on a mission to show the West that as well as having very strong sustainability and environmental credentials, they are also seriously tasty and shouldn’t be overlooked as a great snack or recipe ingredient.”

According to a survey conducted by Sainsbury’s and Eat Grub, ten per cent of the British public have eaten insect snacks and around half have rated them as delicious.