Many lotteries around the world like to not only publicise their winnings, but also their winners. But for those who do not want to be in the spotlight, or perhaps worry about friends and family finding out they have struck gold, and the storm of handouts on demand heading their way hence, a public appearance in front of television cameras and millions of viewers is the last thing they want.

A publicity-shy gambler on the Caribbean island of Jamaica who won a USD 1 million/GBP 907,000 jackpot decided to try a new way of keeping the big win a big secret from his relatives. He showed up at his public televised announcement wearing a disguise consisting of a full costume based on the serial killer from the Scream horror film series. And no, it was not a Hallowe’en special. 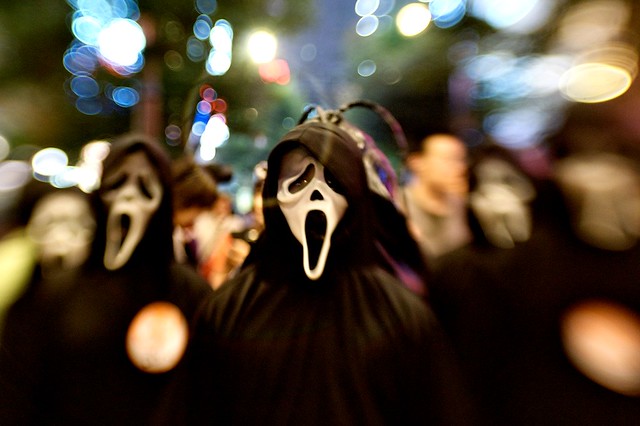 The winner, an A. Campbell, scooped the JMD 158,100,000 (Jamaican dollar) prize and appeared in public to collect the traditional oversized publicity check from the organisers of the country’s Super Lotto. On the 5th of February, he showed up complete with the mask and clothes of the psychotic serial killer from the Scream movies, Ghostface. The only thing he did not bring with him, rather wisely, was the blood-splattered blade Ghostface carted around with him.

As reported on the website LADbible, Campbell did not collect his winnings for nearly two months, forcing the lottery organisers Supreme Ventures to put out a public appeal for the winner to come forward quickly as they had only ninety days to cash in. According to LADbible, Campbell, while happy to have won so much money, was also uncomfortable with the entire situation.

He said: “I looked at my ticket and ran into my bathroom and said, ‘I won! I won!’

“From the day I found out that I won, I’ve been sick.

“My head hurt me for three days because I was thinking so much, [wondering] if what I’ve been longing for really came true. I had a belly ache for two weeks, sometimes I feel so much pain I forgot that I had won.”

A. Campbell plans to invest the money the good old-fashioned way: buying a dream home. He told the magazine: “I want to get a house, I want to get a nice house. I haven’t found it yet, but I’ll be looking for one soon.”