A woman in Egypt is seeking a divorce from her ‘abusive’ husband after he made her wake up to fetch him a glass of water, according to Arab news site magazine stepFEED. Referred to in the report only by her first name Mona, the former wife complained to a family court in the Egyptian capital Cairo that she was fed up of being treated as little more than a slave by her husband and constantly having to baby him.

Mona described her soon-to-be ex-partner, Ahmad, as a lazy man who expected her to wait on him constantly, and after the first week of their marriage had begun noticing that he was reluctant to do anything around their home, the report said. He would even go as far as expecting her to wake up to fetch him glasses of water. 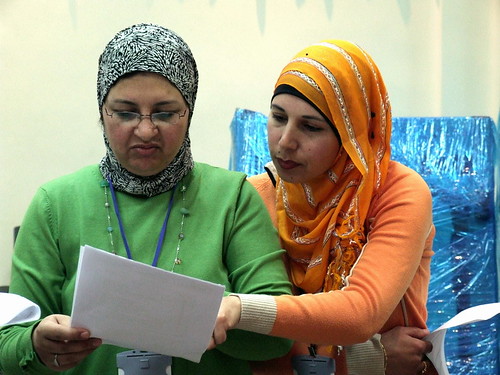 Anxious to salvage the floundering marriage, Mona tried to encourage Ahmad to change and become more domestically industrious, but did not dare complain to her husband about his lazy ways for fear of angering him, it was reported. Eventually she reached the end of her tether, and again brought up the issue of Ahmad’s laziness, to which he responded by severely assaulting her.

After the incidence of domestic violence, Mona fled the marital home and sought refuge with her family of origin and began making preparations for divorcing Ahmad. In her divorce case, Mona told the judge that her and her ex-husband had courted for seven months and were married for a year. She said that the husband had no disabilities that made it difficult for him to move around, but was expecting to be waited on.

The case made local news in Egypt, with people widely recirculating the story on social media, congratulating Mona on taking a stand against the abuse. Traditionally, women in Arab societies are reluctant to get divorced due to societal pressures and what some consider patriarchy values, but increasingly more and more women have begun leaving their partners after being mistreated or abused.

“Arab woman leaves abusive husband after waking her up for cup of water” – Mariam Nabbout, stepFEED (17 May 2019) https://stepfeed.com/arab-woman-leaves-abusive-husband-after-waking-her-up-for-cup-of-water-9781