Police in the east London borough of Newham are considering proposals to require owners of large hunting knives, often known as ‘Rambo’ knives, to have their blades licensed in response to the wave of knife crime currently inundating the capital, local newspaper the Newham Reporter said yesterday.

Senior detectives from the Metropolitan Police have begun key discussions with government officials on bringing in a system of ‘licensing or registration’ to keep track of the circulation of hunting knives, many of which are owned by collectors or hunters, but are also a popular weapon of choice for youth gangs and hardened criminals in London and other cities. The knives can be acquired for little cost online and if used in a stabbing can cause far more damage than an ordinary sharp kitchen knife, according to police. 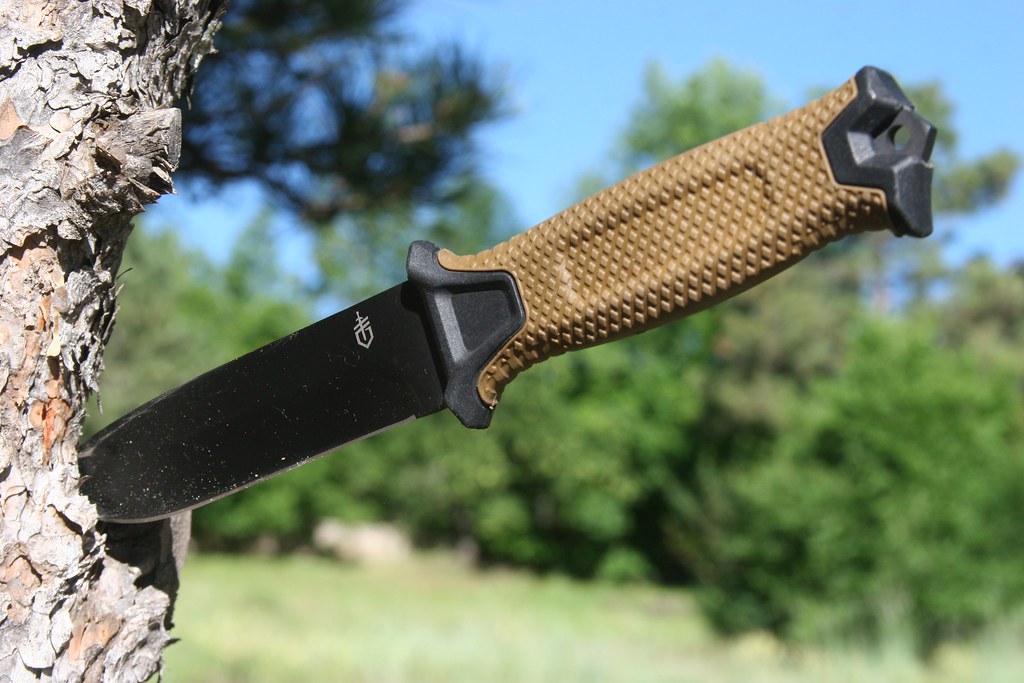 The legislation on licensing proposed by the Met comes hot on the heels of a bill being discussed in the U.K. parliament. The Offensive Weapons Bill, which may become law later in 2019, will make it compulsory for retailers to verify the age on anyone buying a knife at the till. The Bill will also make it illegal to possess certain weapons such as zombie knives, knuckle dusters and death stars, as well as give legal backing to new ‘knife crime prevention orders’ which will aim to tackle gang feuds by imposing curfews and social media bans on gangs and individual gangsters. The future law will not ban the sale of so-called Rambo knives, which are considered to have legitimate uses, but police officers are keen to prevent such knives from circulating among criminals.

According to police sources cited in the Recorder newspaper, discussions between London’s biggest police force and the government have tabled the idea of special licences for hunting knives, akin to gun registration, that would be managed by the Home Office, a government agency. The talks form part of the Home Office’s ‘serious violence strategy’.

Detective Inspector Nathan Munson, from the community safety unit based in Newham, held discussions with the borough’s crime commission on the possible new licensing scheme intended to control the numbers of hunting knives sold. Quoted in the Newham Recorder, Munson commented: “We need to make it more difficult for stabbings to occur. If you want a survival knife you go online and you buy one for £15.

“The Offensive Weapons Bill will prohibit zombie knives, [but] they are not the main problem we see. It is the survival knives. I know people can say it is not hard to get hold of a kitchen knife because they are in your house, but they are not designed to kill. These weapons are more damaging.”

“The Met continues to work with the Home Office and other partners to see what measures can be put in place to reduce knife crime. The availability of dangerous knives and enforcement are part of that discussion.”

The Home Office also commented on the proposals advanced by Newham police, with a spokesperson saying: “Our serious violence strategy sets government action to address knife crime and the Offensive Weapons Bill includes specific new knife offences, like making it an offence to possess certain weapons in private, and limiting knives being sent to residential addresses after they are bought online.

“We’ve also listened to the police, which is why we are introducing knife crime prevention orders to help police manage those at risk in the community, including on release from prison.”

The Newham Recorder in reporting the new proposals, asked readers what they thought of the idea. Many comments were critical of the licensing scheme, saying that it criminalised all knife owners, would do little to prevent stabbings and was a money-making exercise for the police. One commenter, Daniel Andrews, described the idea as ‘stupid’, stating “Hunting/survival knives are not designed to kill in the same way kitchen knives are not. They are just more heavy duty as they are designed for the great outdoors”. Meanwhile Jonathan Carson wrote “Licensing just means it disarms the normal everyday day person and the criminal [sic] will just carry it anyway. Look at the gun laws in the USA, and how many guns have actually saved lives due to loan [sic] wolf shooters”

According to statista.com, in the 2018-9 period, the number of knife crime offences recorded in London reached almost 15,000, an increase of more than five thousand compared with 2015-6.

“The Fighting Knives U.S. Marines Trust And You Can Too” – Travis Mark, Hunting Mark (19 June 2018) https://huntingmark.com/best-tactical-knife/

““Gerber StrongArm Knife Blade Test on a Tree” by huntingmark is licensed under CC BY 2.0 ” – CC Search/Creative Commons https://search.creativecommons.org/photos/901889f1-7a51-4f75-a7ae-faaecde06f99